Cascade is a Township situated in the southeastern section of Kent County, approximately 10 miles southeast of Grand Rapids. One of the most defining features of the Township is the Thornapple River, which divides the Township into east and west halves. Originally a part of Ada Township, Cascade sought separation in 1848. The first town meeting was held April 3, 1848 at Ezra Whitney’s Public House. There were 50 voters present.  Cascade quickly began to grow, and in 1854 the first General Store and Post Office were built. St. Mary’s Catholic Church and the Cascade Flour Mill were built in 1856. By 1876, Cascade’s population had reached 1,200. In 1890, a Township hall was built. This original hall is still used for Township Board meetings and stands as the Township Museum.

Today, Interstate I-96 makes its way through the Township, as does the new Southbelt Freeway, M-6. In addition, Gerald R. Ford International Airport is situated on approximately 2400 acres within the Township boundaries. Commercial establishments within the Township include large supermarkets, several hotels, restaurants, retail plazas which offer a wide variety of goods and services and many professional office buildings. Products produced by manufacturers in the Township include metal and plastic products for the automotive and aerospace industries, tools and dies, packaging materials, publications and furniture and wood products. Cascade Township continues to grow to a population of just over 15,000 as of 2010. 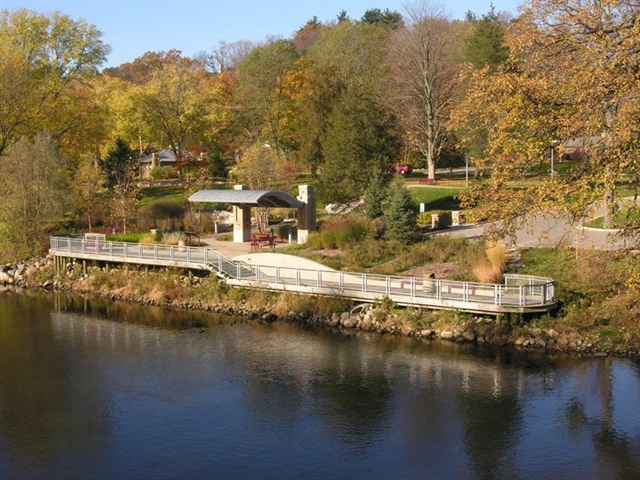