Easy to reach....hard to leave.  Where the simple life of yesteryear can yet be found.

The Les Cheneaux Islands are a group of 36 small islands, some inhabited, along 12 miles of Lake Huron shoreline on the southeastern tip of the Upper Peninsula of Michigan in the United States.

The name is French for "the channels", noting the many channels between the islands in the group. They are about 30 miles north and east of the Straits of Mackinac and about 35 miles south of Sault Ste. Marie. The islands are a popular resort, boating and kayaking area. The nearby communities of Hessel and Cedarville on the mainland offer marinas, camping, lodging, restaurants, and shopping.

Cedarville began as a lumber settlement on the Lake Huron shore in 1884. A post office was established in July 1888. The ZIP code of 49719 serves most of Clark Township and a portion of eastern Marquette Township.

The Les Cheneaux Islands  Antique Wooden Boat Show & Festival of Arts has been held on the second Saturday of each  August Since 1976 in Hessel.  It is the world's largest antique wooden boat show.

Cedarville is close to thousands of acres of State Forests. Winter activities are ice fishing, snowmobiling and cross country skiing. Wildflowers are abundant during spring, summer and fall. Bird migrations can be seen in spring and fall.  The islands protect boaters from strong winds and waves.  Great area for kayaking. There are sand beaches for swimming in clear waters.

Fishing in Cedarville is making a comback because of comorant control.  Eagles and osprey can be seen flying in the area looking for food.

Cedarville is centrally located from Mackinac Island and Sault Ste. Marie which has the famous Soo Locks.  4 golf courses are located with 25 miles, 3 casinos within  33 miles and Hessel Airport is only 7 miles from Cedarville.

A simple way of life here  on the eastern side of the Upper Peninsula. 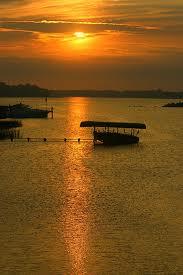