The Beauty of Charlevoix is unmatched anywhere. Four bodies of water surround it; Lake Michigan, Lake Charlevoix, Round Lake and Pine River Channel.

The city of Charlevoix is perched on an Isthmus between Lake Michigan and Round Lake, spreading out onto the shores of Lake Charlevoix. The people of Charlevoix refer to it as "Charlevoix the Beautiful".

A U.S. Coast Guard station is located in its vicinity. Station Charlevoix has served in the waters of Lake Charlevoix and Lake Michigan for over one hundred years. The station originated in 1898 on the south break wall of the Pine River Channel, leading into Lake Michigan.

Charlevoix was permanently settled in the post-Civil War era. In the 1880s, Several professors from the University of Chicago formed the Chicago Club Summer Home association. Soon after that the city became known as a resort destination. With three summer associations (the Belvedere Club,Sequanota Club, and the Chicago Club).

Charlevoix has one movie tri-plex theater located downtown. There is a community pool on the north side of town and a bowling alley on the south side near the Charlevooix Municipal Airport. Typical of small towns, high school athletic events are an integral part of Charlevoix's culture. In the fall, football & in the winter, the town's basketball team draws much of the locals' attention. The Charlevoix Community Skatepark was built on the south side of town with the help of donations in 2006. Skateboards, Inline Skates and BMX bikes are allowed with the use of helmets. Also, several notable golf courses are built around Charlevoix: Belvedere Golf Club, Charlevoix Country Club, Dunmaglas, Antrim Dells, and the nine-hole Charlevoix Municipal Golf Course, which was once eighteen holes as part of the Chicago Club. Skiing is a common winter sport in Northern Michigan, with the closest resort being Boyne Mountain near Boyne City in Charlevoix County.

Earl Young Homes are a Charlevoix specialty. He erected 30 stone homes in town between 1918 and the 1950s, all mimicing rural European vernacular architecture. Some look like mushroom houses, with undulating roofs capping boulder walls. Some are tiny; Some are enormous.

Petunia Planting- Petunia planting began in 1982 when the "Keep Charlevoix Beautiful" organization lined the streets of the city with thousands of petunias from the north side of the city limit all the way to the south and "Opporation Petunia" began. Now, every Thursday before memorial day hundreds of residents gather to plant over 60,000 petunias up and down Main street.

Venetian-The Venetian festival began in 1931 with a simple boat show in Charlevoix's Round Lake and has now grown into a week long festival bringing in tens of thousands of people and costs $200,000. Venetian now includes two nights of some of the best fireworks in Northern Michigan, big name concerts, a parade, athletic events, a carnival, a boat parade, and many more family friendly and adult activities.

Apple Fest- The 34nd annual Apple festival was in October 2012. The Apple festival celebrates one of Northern Michigan's most prominent fruits, the apple. It gives local farmers the chance to sell their harvest right in the downtown Charlevoix area. The festival also includes pony rides, face painting, a craft show and many more activities.

Waterfront Art Fair-Considered one of the most exciting art fairs in the country, the Charlevoix Waterfront Art Fair, in its 54th year has both quality work and it is in a perfect location. The fair is always on the second Saturday in August and draws over 25,000 art lovers. It is the second oldest  juried art fair in Michigan.

Our community strongly supports our school system. The parents have a long history of taking interest in making sure their children utilize the many educational opportunities to reach their goals. The principals and all of our teachers and staff are constantly upgrading their skills and reviewing strategies to meet the educational needs of all the students. The professional research clearly states that the classroom teacher is the most important factor in the learning of a child. The top two priorities for the 2010-11 year are “Maintain high academic standards at all levels by providing the best education possible for the students in our district”, and make every effort to keep financial resources in the classroom.”

Charlevoix's Hospital was established in 1919. It has more than 75 physicians of many different specialties. 350 nurses and employees make up the rest of the staff. They have many emergency and urgent care visits along with Newborn deliveries. They also have an After Hours Clinic for walk-ins, abd many different Centers of care and Community Health Education. 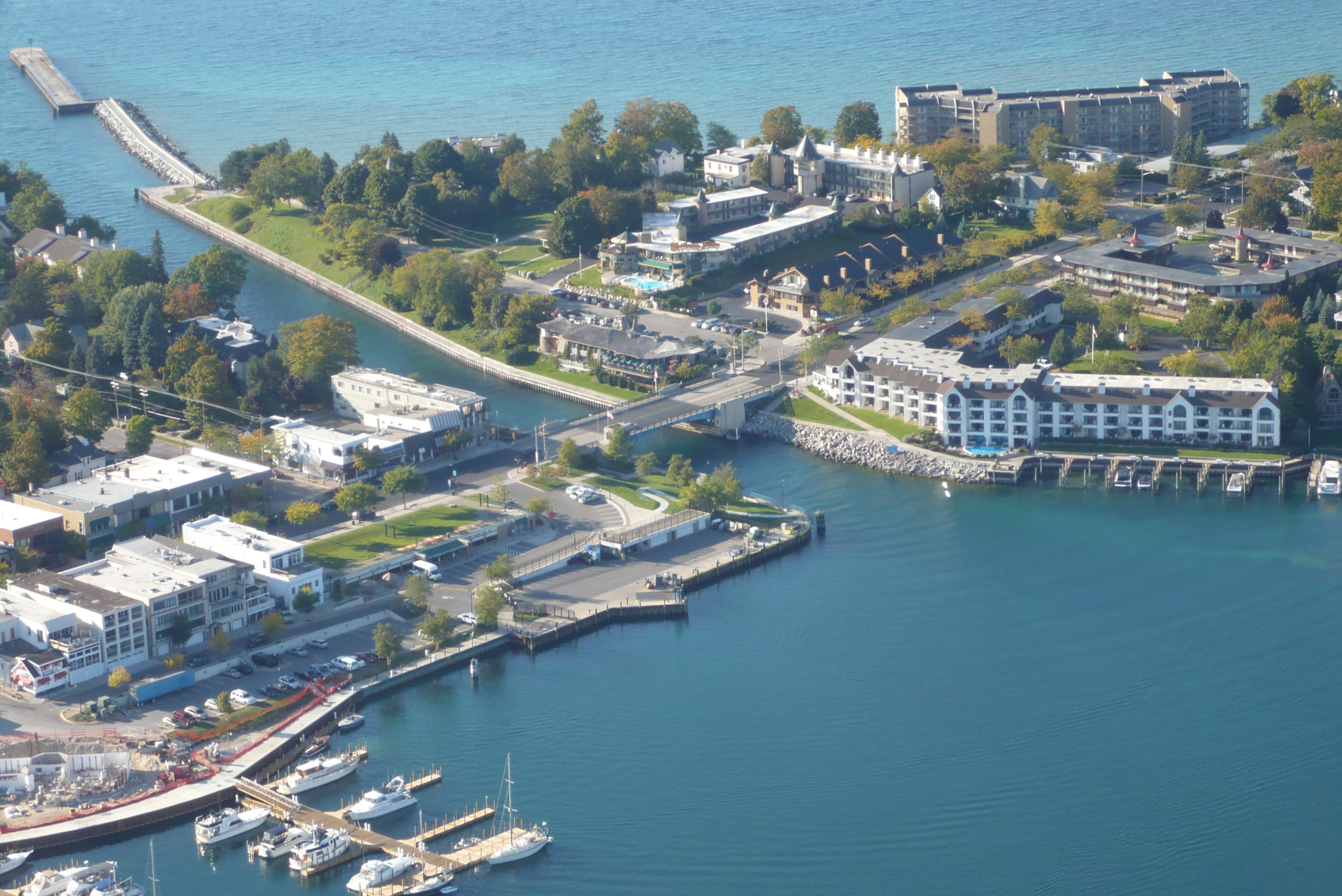