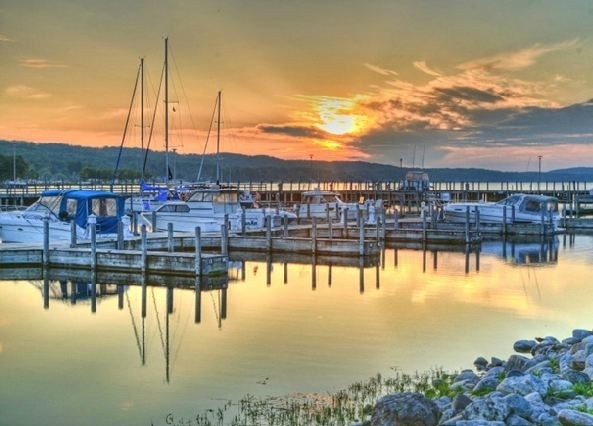 East Jordan Iron Works, Inc. has been a part of the East Jordan, Michigan, community for over 125 years.  William E. Malpass and his father-in-law, Richard W. Round, established the foundry November 8, 1883, to service the area's booming lumber industry.  At the time, the foundry produced castings for machine parts, ship parts, agricultural uses, and eventually railroads.  Soon after the company was founded, W.E. Malpass called upon his brother James, a journeyman machinist in England, to join the firm.

At the time, the foundry produced castings for machine parts, ship parts, agricultural uses, and eventually railroads.  Soon after the company was founded, W.E. Malpass called upon his brother James, a journeyman machinist in England, to join the firm. East Jordan was founded sometime in the 1870s when a logging mill was built along the Jordan River near the town. The town grew quickly, and by 1890, it boasted a large Iron Works ( the East Jordan Iron Works still operates today), a feed mill, and a population of nearly 1000. By the turn of the century, the city was being serviced by two railroads. With these two railroad connections, East Jordan quickly grew into a major manufacturing center. Even to this day, 4 large industrial corporations still operate within the town.

The Jordan Valley's natural history dates back to the retreat of the Wisconsin Glacier about 10,000 years ago. The ebb and flow of this giant ice shield created the random hills, valleys, river channels, lakes, and streams. Little is known about the valley's early cultural history except that indigenous peoples utilized these lands and harvested their resources for ages. Explorers, fur trappers, and missionaries were some of the first Europeans to visit this region.

Later, in the mid 1800's, homesteads began to appear around the river's mouth. In the late 1800's the logging era boomed. Most of the Jordan Valley was sequentially clear-cut. The Jordan River was used as a log driving stream supplying saw mills all around the Great Lakes. In the early 1900's, immense wildfires burned large areas of the watershed.

By 1925 most of the timber, saw mills, and logging camps were gone. Some people attempted to farm the cleared lands but soon found the thin soils unproductive. Many of these barren lands reverted to state ownership. Today these lands have been allowed to heal and are now part of the 25,000 acre Jordan Valley Management Area of the Mackinaw State Forest.

“The period of early logging in the hills of the Jordan river valley was marred by several fatal accidents. The last known and best recalled tragedy took the life of 21 year old Stanley Graczyk (Big Sam), a fun-loving lumberjack. Soon to be married he became legend on May 20, 1910 when he was killed while driving a team and big wheels loaded with logs down a steep slope near here. This high point, with its commanding view of the valley, has ever since been known as “Deadman’s Hill.”~from sign atop Deadman’s Hill Overlook.